Yoga could slow the harmful effects of stress and inflammation 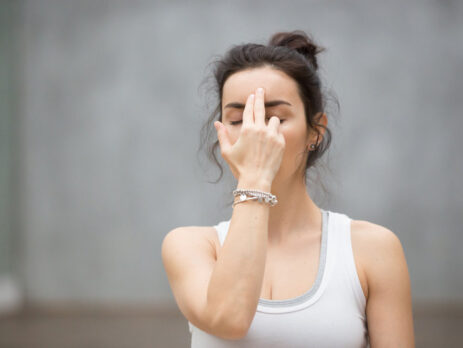 Several recent studies suggest that yoga could slow the harmful physical effects of stress and inflammaging. There are many different types of biomarkers in the blood that can be used to measure the level of chronic inflammation and stress in the body. Cortisol varies throughout the day based on the circadian rhythm, and a higher baseline level of cortisol is one indicator of high chronic stress. Cortisol becomes less variable throughout the day in people who are chronically stressed, signaling an overactive fight-or-flight or sympathetic nervous system. Another biomarker is brain derived neurotrophic factor (BDNF), a naturally occurring protein in the body that regulates neuroplasticity and promotes brain development. People who have depression, anxiety, or Alzheimer’s disease have been found to have lower levels of BDNF.

In an exploratory study published in Oxidative Medicine and Cellular Longevity, researchers found that 12 weeks of yoga slowed cellular aging. The program consisted of 90 minutes of yoga that included physical postures, breathing, and meditation five days a week over 12 weeks. Researchers found indications of lower levels of inflammation and significantly decreased levels of cortisol. The study also found higher levels of BDNF after the yoga program, suggesting that yoga could have potential protective effects for the brain as well.

“There are two mistakes one can make along the road to truth…not going all the way, and not starting.”